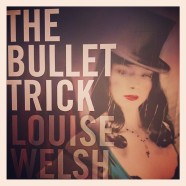 12 Months Of Reading: The Highlights

Posted by petegoold on January 2, 2014 in Books & Comics | Leave a comment

So, in setting up my belated Instagram feed and having decided to use it as a forum for short books reviews, I’ve attempted to backdate it in order to cover all the books that I got through in 2013. Obviously I can’t be 100% – but I think I’ve captured the majority.

Of the 60 titles covered, it’s made me think back about the best and worst of 2013 (although many were published previously, of course).

So, in no particular order, my recommendations from the last 12 months of reading:

The Cuckoo’s Calling, by Robert Galbraith (aka J.K. Rowling) – I’ve heard mixed reviews, but I loved it. 4.5/5

The Sense of an Ending, by Julian Barnes – if you haven’t read this, then I’d put it at the top of your list. 5/5

100 Bullets (Books 1-5, compiling 13 graphic novels) – Superlative crime-noir in comic form. Arguably a little over-long and the cast gets a bit much by the end, but beautifully crafted. 5/5

Oryx & Crake, by Margaret Atwood. Much better than the follow up – The Year of The Flood – in my opinion. I’ve yet to read the third part of the trilogy but this is intelligent science fiction for people that aren’t fans of the genre. 5/5

The Shining, by Stephen King – Brilliant. One of those rare occasions where the book and the film complement each other to the benefit of both parts. 5/5 (nb – Doctor Sleep, was pretty decent too, 4.5/5)

Sandman Slim, by Richard Kadrey. First of the five books published to date, all of which hugely silly and enjoyable. It’s probably wrong to like these but William Gibson says it’s ok. 5/5

A Delicate Truth, by John Le Carre. His most recent, having also read his first Smiley novel, Call for the Dead, earlier in the year. A Delicate Truth manages to be contemporary yet still focus on the old-school nature of espionage. 4.5/5

The Sweetness At The Bottom Of The Pie, by Alan Bradley. The first in a quirky series, set in the English countryside in the 1950s about Flavia de Luce, a precocious 11 year old who gets embroiled in various murky events. The character is captivating. 4.5/5

The Pirates, in an Adventure with Scientists, by Gideon Defoe. Not to be confused with Gideon Coe, the BBC Radio 6 DJ. Again, silly but unashamedly so. Definitely not for children. 4.5/5 (nb – the others are all good too.)

Berlin Noir, by Philip Kerr. The first three Bernie Gunther books, in which a hipster Philip Marlowe operates as a private detective in Nazi Germany. 4.5/5

I know the scores are all pretty high for these – but they are my highlights. There have been some shockers too (categorise this and this under: “What was I thinking”, whilst this and this were surprising disappointments).

Please drop me a line if you agree, disagree or have any suggestions…